Orealla and Siparuta are two remote indigenous villages along the Corentyne River on the Guyana/Suriname border.  These two small villages in the Amazonian rainforest are a  part of the reservation system, which while providing a large degree of autonomy to Amerindian communities may also cut them off somewhat from central sources of advice and assistance.

A recent study on Indigenous Women and Children in 12 communities in Guyana, found that the Indigenous population is seriously disadvantaged economically, hence accounting for their high poverty rate when compared to the rest of Guyana. Additionally, it found that most primary aged students, in the 12 communities, depend on the school feeding programme for one proper meal per day.

Guyana has the largest number of Indigenous peoples in a single country in the entire Caribbean and according to the last census, they account for 10.3 per cent of the population.

The lack of money is not the only contributing factor to the level of poverty experienced by Indigenous communities; rather it is coupled with access to land, culture, medicine, food, education and safety. It was also discovered that most of the villagers depend on the help of their neighbours and religious organisations for assistance to deal with their situation. 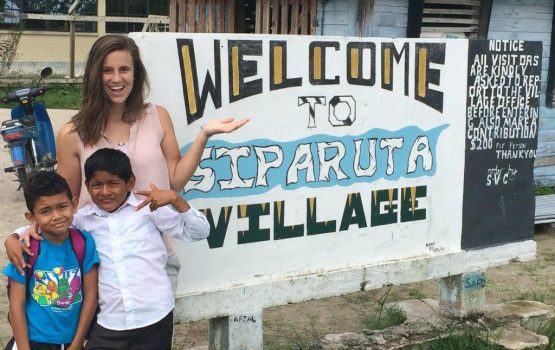 “It was reported that some would use traditional medicines not because it was part of their culture, but because the drug was not available in the health facility, and they did not have money to buy in the local shops. Many adolescents would say that they knew other people their age that would come to school without having eaten, and/or without money to buy something at the canteen. For some teachers, and a considerable group of students, the warm meal served in some of the primary schools would constitute the main meal for the day.”

It was found that Indigenous women and children are seriously disadvantaged with it comes to accessing good quality education, health and social services due to the lack of access to infrastructural and modern life facilities. That was coupled with the lack of employment opportunities resulting in male migration, which quite often ends up with the male counterpart leaving their families to fend for themselves. 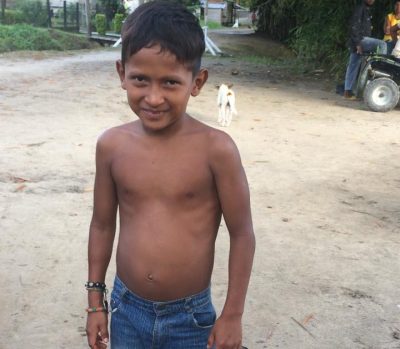 Making a difference…brick by brick

Our Community Enrichment Center in Orealla will provide a place for the training of self-sufficient practices in collaboration with villagers and BOH partners in the United States and Guyana.

Our vision is that this building will become the place where the basic essentials are taught in order for this village to become  sustainable and thrive.  Ultimately, bring hope to those who need it most. 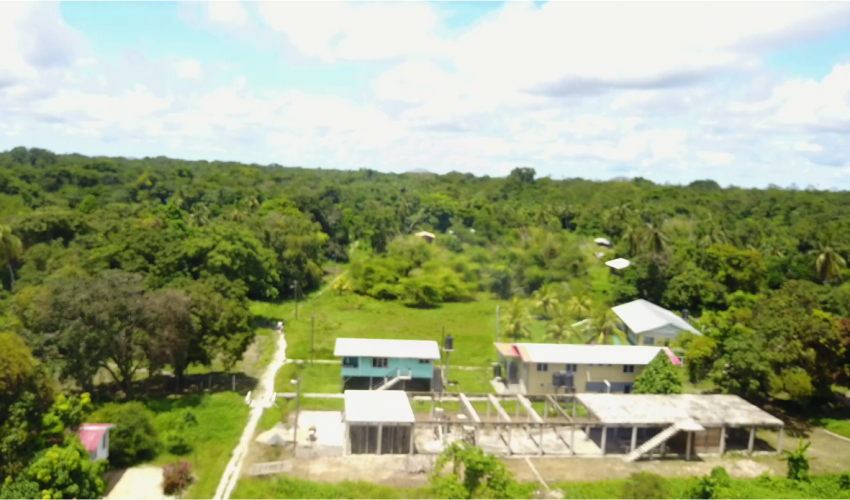 What will the building house? 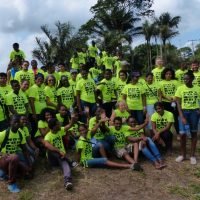 An amazing group of teens and adults who worked together to clean the worksite and set the groundwork for construction to begin.  Our very first team!! 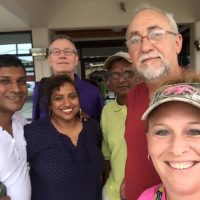 This was our first combined team- Guyana, Florida, Nashville.. It was a small, but effective and hard working team who broke ground on the property and set the pace for teams to follow. 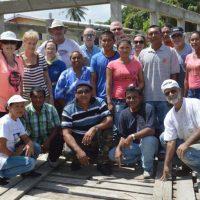 This experienced team from Florida, Louisiana and Guyana created clear access to the worksite ready for each following team. They built two bridges, and shored up the main drainage area. 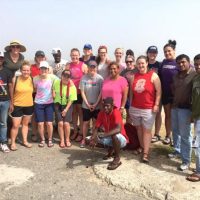 This was the first team from MVNU to Orealla.  This team cleared brushes, moved bricks and sand, and prepped the area for concrete work to be done.  Most importantly, lasting relationships were built and great friendships were made. 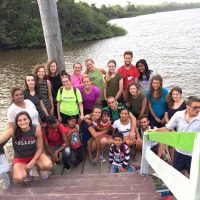 This team was up early in the morning, poured concrete, installed a very large I-beam and moved tons of rocks and sand.  They also played hard!  What an amazing team! 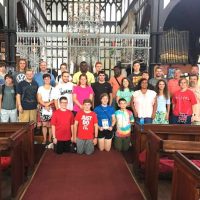 This very large team moved tons of sand, rocks and blocks, which helped to enclose the first partition for the gymnasium.

What a fantastic, magical team! 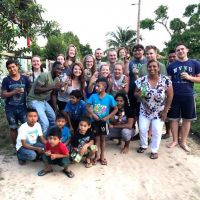 This incredible team of young people completed the gymnasium started by the preceding team.  They painted equipment and the gym area, set up the equipment and trained the villagers on the use of each piece of equipment. 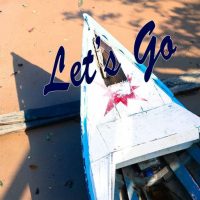 We depend on volunteers like you to make a difference in this community where the need is so very great.  Are you willing to go? Sign up today for a life-changing experience.